A New, "Wild" Wesley Johnson Was A Hot Topic At Friday's Lakers Practice 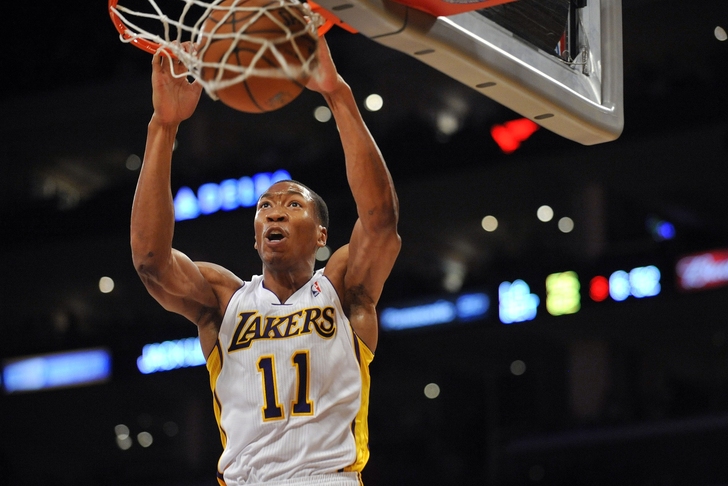 Young swingman Wesley Johnson is an essential part of the Los Angeles Lakers for this 2014-15 NBA season. This is especially true as Nick Young remains a few weeks away from a return with his thumb injury.

"He hasn’t really scratched the surface on how good he can be as a basketball player on both ends of the floor,” Lakers head coach Byron Scott said of Johnson on Friday, via Serena Winters of Lakers Nation.

Johnson has been told to play like the welfare of his family depends on it by returning superstar Kobe Bryant. That means taking a more assertive role and bringing out what Johnson terms as his "wild" side.

“I know he can be better and that’s what I’m kinda pushing for.”