7 Things We Learned From Shaq And Kobe’s Reunion Podcast 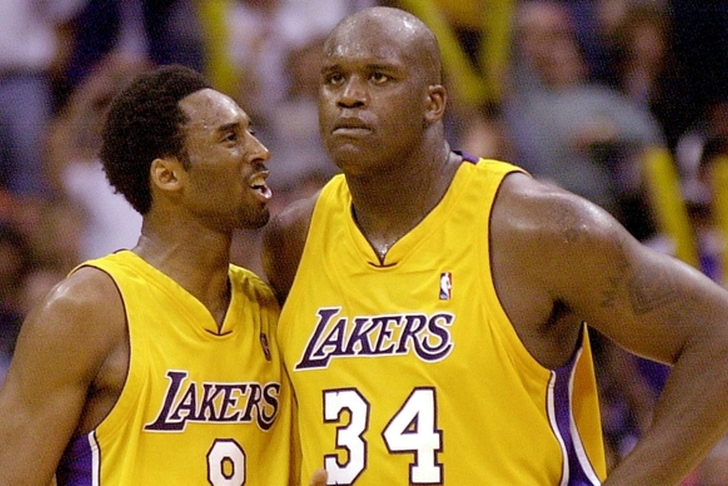 7) Shaq thinks Kobe is the greatest Laker of all-time

O'Neal introduced Kobe by calling him "The Greatest Laker of All Time," which is incredibly high praise for Bryant. Many could argue that Magic Johnson and Kareem Abdul-Jabbar, two Hall of Famers, currently hold that title, but this definitely mended some fences.

"Shaq was a beast," Bryant said during the podcast. "He was always smiling, you'd see him on TNT... and that dude would rip your heart out." The duo definitely enjoyed talking about their dominance together, with Bryant revealed that they would actually call one another during the playoffs and decided to "alternate who dominated" from series to series.

5) They compared themselves to a Michael Jordan-Wilt Chamberlain combination

Bryant compared their situation to a hypothetical scenario if Jordan were coming into his dominance during the prime of Wilt Chamberlain, and they played on the same team - they were bound to butt heads. O'Neal said a fight was only a matter of time with there being two alpha dogs in the same place.

4) They hate how "soft" the league is now

Bryant questioned the idea of small ball and said he "doesn't know where all the seven-footers went," while O'Neal replied"You know where they went. We killed them all off." Kobe was especially critical of the NBA today, saying the Olympics are more physical than the NBA, which is "the silliest thing in the world." He also hates the "buddy buddy" atmosphere in the league.

O'Neal has repeatedly said that his conflict with Kobe was never personal, and routinely mentioned throughout the podcast that whenever he sees Bryant or his family in public, he's embracing towards them. He said the beef was about business and basketball, never a personal issue.

O'Neal and Kobe both confirmed that Shaq had threatened to "murder" Bryant, but both knew it wasn't a serious threat.

"Yeah, I said it, but I didn't mean it," O'Neal said. Bryant laughed and said that he wasn't bothered by it.

Murder being one of them, there were a number of soundbites played at the beginning to the podcast that Shaq says he didn't remember saying, especially that he demanded a trade publicly. "I don't remember saying that at all. That's a bold move," O'Neal said.