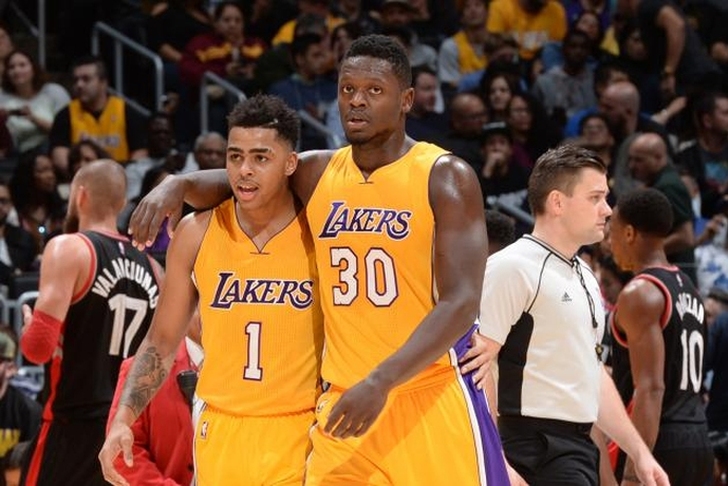 The Los Angeles Lakers are expected to have a breakthrough season with the addition of No. 2 pick Brandon Ingram and new head coach Luke Walton, and while we don't expect them to make the playoffs, we aren't sure just how good this team actually is. Here are five games that will tell us if LA can make a surprise playoff appearance, or if they'll be a lottery team again:

5) at Philadelphia 76ers - Dec. 16
This is the first of just two matchups this season between the top 2 picks in the draft, Ben Simmons and Brandon Ingram. If the Lakers lose to the lowly Sixers, there's a good chance they aren't doing anything of note this year.

4) vs. Minnesota Timberwolves - Nov. 13
Minnesota is another up-and-coming team in the Western Conference, looking to steal one of the final playoff spots. This is the first matchup between the two sides of the year (the last three come in March and April), so getting and early leg up will be crucial for the Lakers.

3) at Dallas Mavericks - Mar. 7
Speaking of teams trying to grab one of the final spots in the West, that's exactly what the Mavs have done each of the past three years with largely patchwork rosters. Dallas has another aging, mismatched group this time around, and the Lakers obviously have more talent than them. However, the Mavs have a huge experience advantage, and in their last contest of the season, this game could determine who gets in the playoffs, and who gets left out.

2) vs. Los Angeles Clippers - Dec. 25
Christmas Day games are more showcase games than anything else, and with all eyes on them, the Lakers need to make a statement against one of the league's better teams. That being said, what's more important is to take back LA - the Lakers never really lost it, but with the Clippers being so much better of late, the Lakers need to show they're competitive, too.

1) at Houston Rockets  - Oct. 26
The season opener comes against a Rockets team that no one really knows what to do with. They got the eight-seed last year, and while many expect them to finish around the same spot in 2017, others expect them to return to the top half of the conference. A win in this game will send a statement across the league, right from the outset, that the Lakers are a force to be reckoned with this year, and not just in the future.