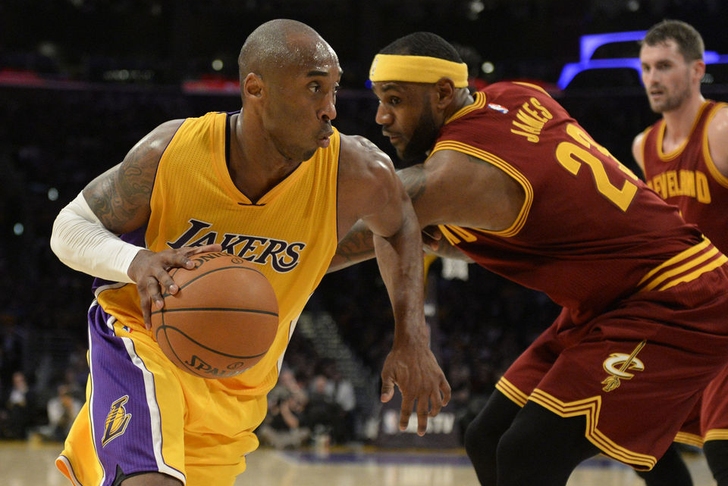 LeBron James is getting a lot of attention while leading his Cleveland Cavaliers to the NBA Finals, and many are debating his place among the all-time greats. That debate often centers around LeBron and Michael Jordan, but here are three reasons why Kobe Bryant is a better all-time player than LeBron:

LeBron is a great all-around player, but he doesn't have anywhere near the offensive repertoire Kobe does.

The Dan Patrick Show recently asked Shaquille O’Neal if he’d want Kobe Bryant (who won three NBA championships with Shaq during their time together with the Los Angeles Lakers) or LeBron (who he played with on the Cavs for one season) on his team if both players were in their prime.

“I played with both of them…Kobe has that killer instinct,” he said. “I’d probably have to go with Kobe.”

Shaq obviously isn't the end-all-be-all of sports opinions, but the biggest criticism of LeBron throughout his career has been his inability to close games. That's not a problem for Kobe.

As Kobe so adequately reminded everyone on Twitter, he has won five championships in his career, while LeBron has only won two.