5 Lakers Rumors You Need To Know About 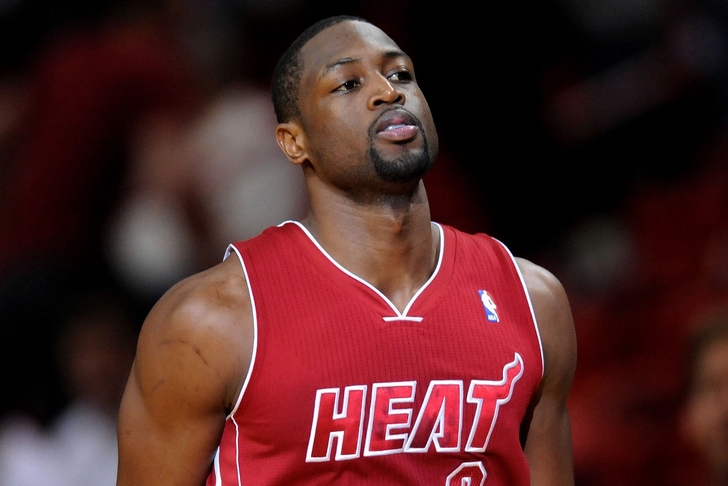 The Los Angeles Lakers are entering the meat of their offseason preparations, with the NBA Draft around the corner along with a pivotal swim in the league's free agency waters. With all the noise surrounding a pivotal stretch for the team, we thought we'd boil everything down into 5 Lakers Rumors You Need To Know About.

Wade has a player option for $16.1 million to return to the Miami Heat in 2015-16, but he's looking for a longer, more valuable contract extension at the moment -- an extension the Heat don't yet seem to be willing to dish out to the 33-year-old Heat lifer.

While most in the know aroung the NBA believe the situation will eventually right itself, Ethan J. Skolnick of Bleacher Report has heard the Lakers listed as a free-agent option if the Heat and Wade can't come to an accord:

.... (6th) Finally, if Wade went anywhere, at any point, I've typically heard L.A. as an option. But I still expect Heat to sort this out.

The Los Angeles Lakers are in the market for frontcourt help both in the draft and in free agency, and they might not be able to do much better than rising Atlanta Hawks forward DeMarre Carroll.

Carrol put himself on the national map with a banner postseason, and the Lakers -- amongst other teams -- noticed.

Via Sean Deveney of the Sporting News:

“There’s a long list of teams already prepared to pursue Carroll this summer, including the Cetlics, Lakers and Pistons. He boosted his scoring average from 12.6 points to 16.2 before the injury, and was shooting 51.3 percent from the field and 41.6 percent from the 3-point line. The Hawks want to keep Carroll, but his price has been driven up. With his defense and versatility, one league exec estimated his next deal at more than $15 million per year. The Lakers, a source said, have big-time interest in Carroll.”

Lakers To Use #2 Pick In Free Agency Pitch

The Los Angeles Lakers' work in free agency may have just gotten much easier with the team's drawing of the #2 pick in the 2015 NBA Draft.

"I think it is something that helps out their sales pitch in a big, big way,” one agent said to the Sporting News. “The past couple of years, their pitch has sort of been, ‘Come play for us because we’re the Lakers and the weather is nice.’ That’s not enough. You’ve seen that. They have not had a direction, and that’s why players don’t want to go there.”

The prospects of playing alongside a franchise big man like Kentucky's Karl-Anthony Towns and Duke's Jahlil Okafor could lead to a ton more returned calls this time around in free agency.

However, Los Angeles will probably draft a point guard if they pass on a big man, and Ohio State’s D’Angelo Russell and Emmanuel Mudiay, who played professionally in China, are considered to be the top two point guards in the draft and top-five picks.

Kevin Love On The Outs In Cleveland?

In a recent podcast with Grantland's Zach Lowe, ESPN's Brian Windhorst claims that Kevin Love's departure from the Cleveland Cavs this summer appears to be inevitable at this juncture.

While such hearsay may not mean as much as some people would think, it's still a positive sign for a Lakers team with money to spend and a need for a dynamic centerpiece in the frontcourt.