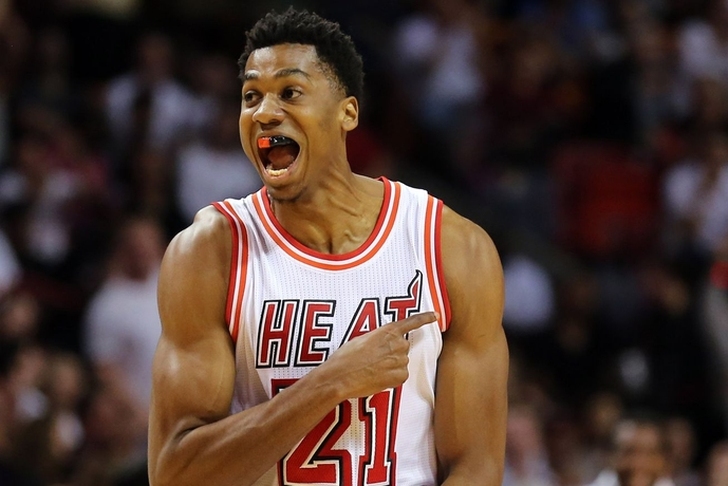 The Los Angeles Lakers will be big spenders in NBA free agency this summer, as they have only $23 million on the books for the 2016-17 NBA season. Gone are the inflated contracts of Kobe Bryant and Roy Hibbert, giving way to a fresh crop of signees that should help the Purple and Gold begin a steady rebuild in the coming years.

Who are the star free agents most likely to come to L.A.?

4) Nicolas Batum
Kevin Durant is obviously the star small forward on top of every team's wishlist, but a great consolation prize would be nabbing underrated swingman Nicolas Batum. The multitalented French star is enjoying a huge resurgence in Charlotte after a down year in Portland, averaging 14.9 points, 6.1 rebounds and 5.8 assists, and is the unselfish type of player the Lakers should be targeting.

3) DeMar DeRozan
DeRozan is in a good situation in Toronto, but if the Raptors make an early exit in the playoffs, the Southern California native may look elsewhere for employment. What better place to spend the prime of his career than his hometown, where the All-Star shooting guard would immediately step in for Kobe Bryant and become the new face of the franchise? At the least, both sides will hit the negotiation tables to hear each other out.

2) Al Horford
There's nothing too flashy about Horford's game, but the Hawks star has quietly been one of the NBA's best big men over the past decade. The Lakers will need to add an impact player in the middle if they hope to contend with the top teams out West, and Horford fits the bill. He and Julius Randle -- who Horford had high praise for back in March -- would form one of the conference's most versatile frontlines.

1) Hassan Whiteside
While Horford is a nice get, if the Lakers are interested in giving out a max contract to a big, Hassan Whiteside should be the top priority. Still just 26 and improving everyday, the late-blooming Heat star offers more upset that arguably any other player in the free-agent pool. While there's always a chance he could go the way of a Dwight Howard, the strides he has taken in his sophomore season (14.2 points, 11.8 rebounds, 3.7 blocks) are enough to make any NBA GM salivate.