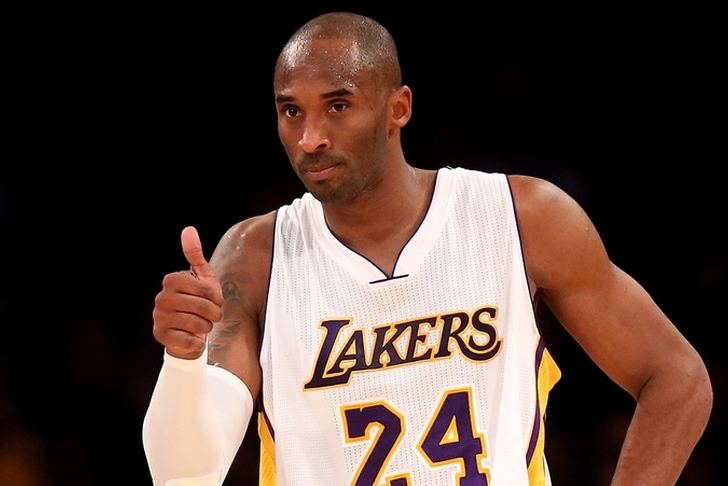 Los Angeles Lakers guard Kobe Bryant announced that he will retire at the end of the season after 20 years in the NBA, and he'll absolutely leave the game as one of the best to ever play. While it might be a stretch to consider Kobe a top five player in NBA history, he definitely ranks in the top 10. Here are four reasons why:

At the end of the day, the NBA is all about winning, and Kobe has won as much as anyone in league history. He owns five championship rings, and only 13 players have ever won more than that - eight of whom played for the Boston Celtics in the 1950's and 1960's that won 11 championships during that time frame.

Not only does he have the rings, but he is one of the clutchest players to ever play the game. When the ball was in his hands at the end of the game, the other team knew they were going to lose. Just sit back and watch:

Bryant came into the league with the ability to get to the rim and finish over or around multiple defenders, then he developed a deadly jumper from both mid-range and three-point land. That complete and diverse skill set - along with his killer mentality and competitiveness - is the reason why he ranks third on the league's all-time scoring list, ahead of Michael Jordan.

All of that came to a head on Jan. 22, 2006, when Kobe went bonkers and dropped 81 points on the Toronto Raptors. It's the second-best regular-season performance in NBA history behind Wilt Chamberlain's 100-point game, and is perhaps the hallmark moment of his career.

1) Overall impact on the game

Despite all he did on the court, the best way to measure a truly great player is to determine the kind of impact he had on the game. He was the best player of his generation, a cultural icon, and had his moves mimicked in playgrounds across the country. When you shoot a balled-up piece of paper into the trash, you don't shout "Jordan!" or "Bird!" - you shout "KOBE!"

When your name becomes a verb and infiltrates every part of society, you know you've made a big impact.  Only Michael Jordan and Magic Johnson have seeped into everyday culture - even amongst non-basketball fans - more than Kobe, and that's a big reflection of just how much Bryant meant to the game.