4 Moves Magic Johnson Should Make As President Of The Lakers 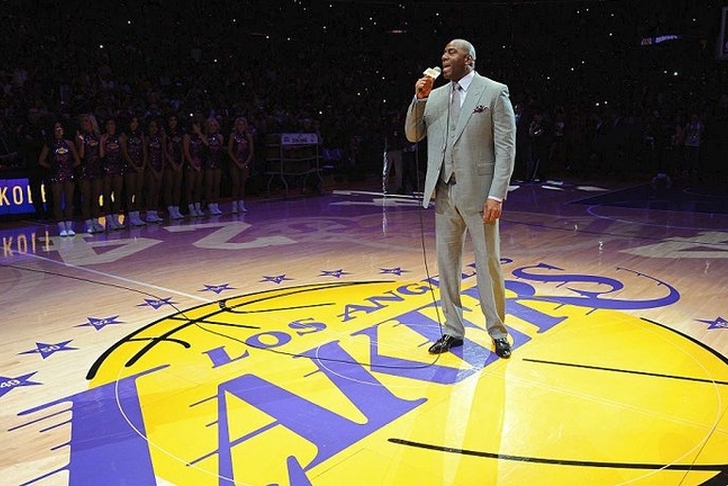 The Los Angeles Lakers officially hired Magic Johnson as their President of Basketball Operations on Tuesday, and while he is still in the process of hiring a general manager, Johnson is going to be the one who is "calling the shots" in the Lakers' organization. So, what does he need to do to turn the Lakers around? Here are the four moves he should make:

1) Trade Lou Williams and/or Nick Young
The Lakers aren't going anywhere this season, but need their draft pick to fall in the top three or else they'll lose it to the 76ers. That means Los Angeles needs to go all-in on tanking the remainder of the season - and the best way to do that is to part ways with veteran role players. They have put both Lou Williams and Nick Young on the trade block, and getting future assets (preferably draft picks) for either player would be ideal.

2) Find a way to unload Timofey Mozgov's contract
Los Angeles gave big money to both Mozgov and Luol Deng this offseason, and neither player is really part of the long-term future. Getting rid of both bad contracts is unlikely, and given Deng's leadership in the locker room, moving Mozgov appears to be the best resolution. It will also open up cap space for the Lakers to make a run at two top-tier free agents instead of just one which, in turn, makes it easier to sign one.

3) Prepare a legitimate free agency pitch and land one
Of course, this is where the Lakers have famously struggled in recent years. Their free agency pitch during this stretch has been about the off-court aspects of playing in Los Angeles without focusing on the basketball component. It didn't work. Magic and the rest of the front office have to figure out a pitch they can sell to prospective free agents they will actually buy. That will be critical in the Lakers experiencing success sooner rather than later.

4) Let this core group grow together
That said, this core group of players they have is as good as any in the league and deserve some time to grow together - especially if they add another top three pick this year. D'Angelo Russell, Brandon Ingram and Julius Randle are all some of the best young players at their respective positions and have this team set up for long-term success if the team builds around them.

Flipping their best young players to try and be competitive immediately usually doesn't work and is very short-sighted. With their cap space and talent Los Angeles should be able to add a piece or two that can make them competitive next season, while also keeping a bright future for the next decade.