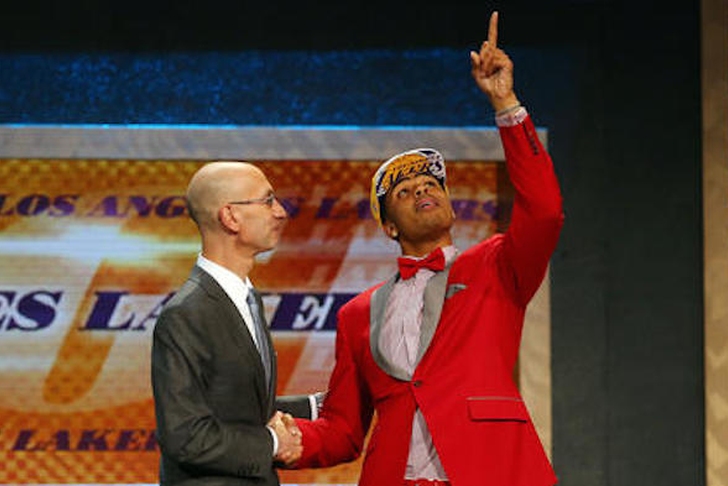 Karl-Anthony Towns may have been drafted No. 1 overall, but when the Los Angeles Lakers picked D'Angelo Russell second, it was clear that they thought they found their next superstar. Here are four reasons why Russell will end up being a bigger star in the NBA than Towns:

1) Point guard is the most important position in basketball

As the NBA becomes a much more perimeter-oriented league, the point guard has supplanted the center as the most important position on a team. Russell is arguably the best point guard in the draft, and some scouts think he has more upside than Towns. Russell will have the ball in his hands all of the time, meaning he'll have much more impact on the game than Towns will in the middle.

Russell took over as the starter on an experienced Ohio State squad from day one, then carried them to the Round of 32 in the NCAA Tournament even though they wouldn’t have even made the field without him. Plus, he got all of the older, more experienced players on the team to buy in and follow his lead – something that will serve him well in his early years in the NBA.

Towns fit in on one of the most talented college basketball teams we've ever seen, and with several upperclassmen already in leadership roles, he didn't have to worry about carrying the team.

Russell led the Buckeyes in points, rebounds, and assists last season, and that versatility makes him extremely dangerous whenever he has the ball in his hands. He’s excellent at attacking the basket, but also has the range (41.1 percent from beyond the arc) to hurt a defense from anywhere. Russell does need to improve his defense a little bit, but his 1.6 steals per game show that he can still make an impact on that end of the floor.

Towns is a defense-first player and is still developing offensively, so while he'll still be good, he may not develop the wide array of skills that Russell can.

Russell is playing in Hollywood, a town full of stars, while Towns is stuck playing in snowy Minnesota. No NBA star is bigger than the best player on a Lakers championship contender, and with Los Angeles quickly rebuilding their roster, they should be back competing for titles sooner rather than later.