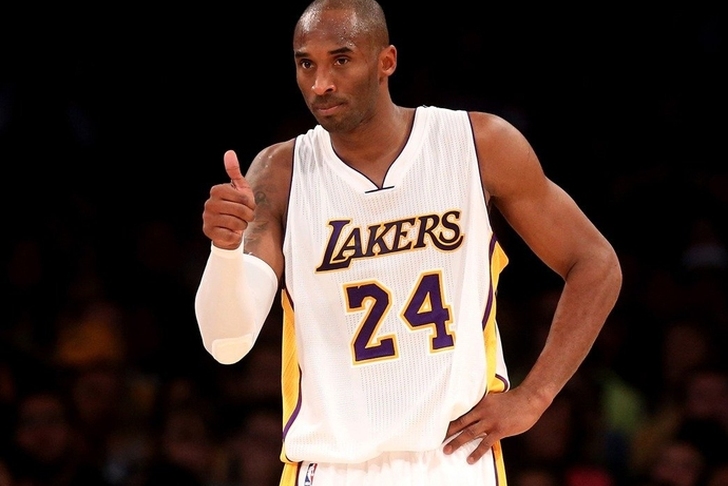 It's been a rough past two seasons for Kobe Bryant. The talented guard has played in only 41 games the past two years for the Los Angeles Lakers, battling season-ending injuries. However, he's still Kobe Bryant and can't be underestimated.

While the NBA no longer hands out a Comeback Player Of The Year Award, that doesn't mean we can't discuss which player will post the best comeback season. There are several strong candidates, including Indiana's Paul George and Oklahoma City's Kevin Durant, but my money is on Bryant. In what could be his last season, here are three reasons why Kobe Bryant is my comeback player of the year.

I have no doubts that Bryant wants nothing more than to prove he is still as dominant as ever this season. Many players start to lose their competitive drive by the time they are 37, but not Bryant. A similar fire drove Bryant last season and that won't change this year. There are few players as dedicated and driven as Bryant, and that will be clear when Bryant puts up points in bunches this year.

Even in a shortened season last year, Bryant proved he can still score. He averaged 22 points per game and showed flashes of the ability to dominant games like he did before his injuries. Had he qualified, Bryant would have ranked eighth among all scorers. Bryant, despite his age and injuries, can still dictate what he's going to do on offense most nights. His efficiency might not be as high as it once was, but Bryant can still be productive. He probably won't drop 30 points per game, but he doesn't need to in order to have the best comeback season in the NBA. Bryant can and will score at least 20 points per game this season.

1. More Room For The Lakers To Improve

This is what separate Bryant from other potential comeback candidates, like Durant. Oklahoma City and Durant are expected to return to the playoffs this season and Durant has Russell Westbrook to help him out. Not many expect a playoff run out of the Lakers, a young team that is still growing. If Bryant can muster up a playoff push for the Lakers, then Bryant's season will look more impressive than the other potential comeback candidates' efforts. Heck, if Bryant can somehow lead the Lakers to the playoffs, he'll be in the MVP discussion. I don't expect the Lakers to make a playoff run, but I do think they'll be better than many expect. That starts with Bryant and the comeback season he is going to put together.