3 Potential Trades The Los Angeles Lakers Could Make This Season 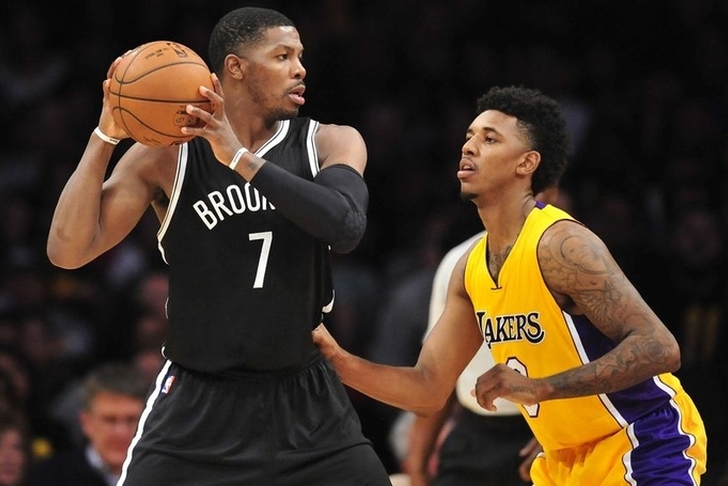 There have been plenty of rumors swirling around the Los Angeles Lakers and potential trades this offseason, and while they haven't pulled the trigger on a deal yet, there is momentum surrounding a couple of moves heading into training camp and the start of the regular season. Here are three trades the Lakers could make this year:

Ross is now on the outside looking in at Toronto's starting lineup after the arrival of DeMarre Carroll, and he wants to go somewhere he can start. He's a talented young player that would fit right into LA's rebuilding effort and could take over the starting small forward role for Nick Young. His defense is a definite upgrade, and his athleticism makes him a deadly finisher on the fast break.

Los Angeles reportedly inquired about Gibson during the 2013-14 season, but the Bulls weren't interested in what the Lakers were willing to offer for him. The problem here is that Gibson is slotted into a normal power forward role, but he does have the flexibility to play at the 3 and he'd come at a relatively cheap $8.95 million rate for the 2015-16 campaign. Bass and second-year power foward Julius Randle are both offensively minded players, so swapping Bass for Gibson's defense while giving Randle more playing time would be a great move.

Speaking of potential Nick Young replacements, Johnson is an intriguing volume shooter/clutch bomber one year sign-and-trade option. The Lakers would have to eat part of his exorbitant $24.8 million-plus salary for 2015-16, but they'd be able to secure him on a major discount for 2015-16 and instantly add a needed shooter that can knock down jumpers when a trailer gets in Kobe Bryant's face or runs towards the post. Johnson gets a bad rap because of the outsized expectations connected to his massive multi-year deal, but he's still one of the shooters you'd like to have on your side if a game breaks out into a mid-to-long range shooting exhibition.