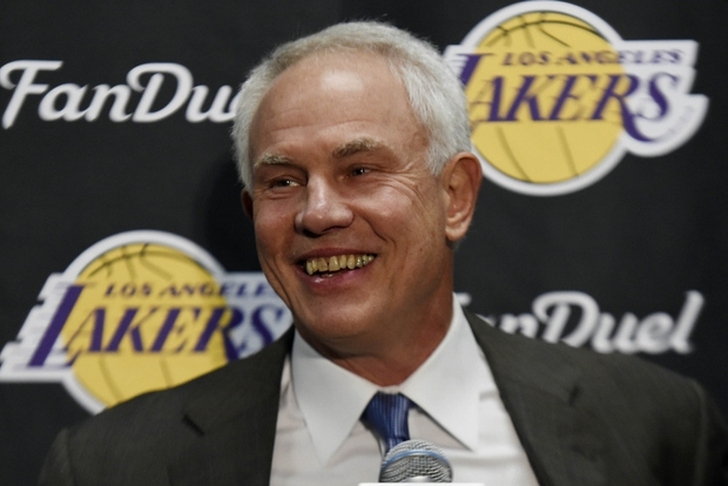 The Los Angeles Lakers are in excellent position to draft a future superstar with the No. 2 overall pick in the NBA Draft, but general manager Mitch Kupchak has said that all options are on the table in terms of trading the pick. Many teams are interested in acquiring the pick, giving Los Angeles plenty of opportunities to get viable assets in return. Here are three potential draft day trades they could make:

Los Angeles is expected to draft Brandon Ingram with the second pick as the Sixers are set to take Ben Simmons, but if the Lakers decide they really want one prospect over the other, they could make this trade to ensure they get their guy. Philadelphia may not be willing to make the move, yet adding this many assets (along with a top two pick) could allow them to trade back into the top 10.

The Lakers are targeting Butler as a superstar that can make them a more attractive free agent destination this offseason, and he would be a veteran leader for this young team. They would have to give up a lot to get him, but adding a player of Butler's caliber turns them into a playoff team for next season.

There's already some steam behind this potential deal, and George would be the absolute perfect fit for Los Angeles. He'd give them a defensive stopper on the perimeter and versatile wing player to put next to D'Angelo Russell and Jordan Clarkson. Plus, he's an unselfish playmaker and a proven winner. Indiana may push the button on a full rebuild this offseason, and this move would put them in perfect position to speed up that rebuilding process.