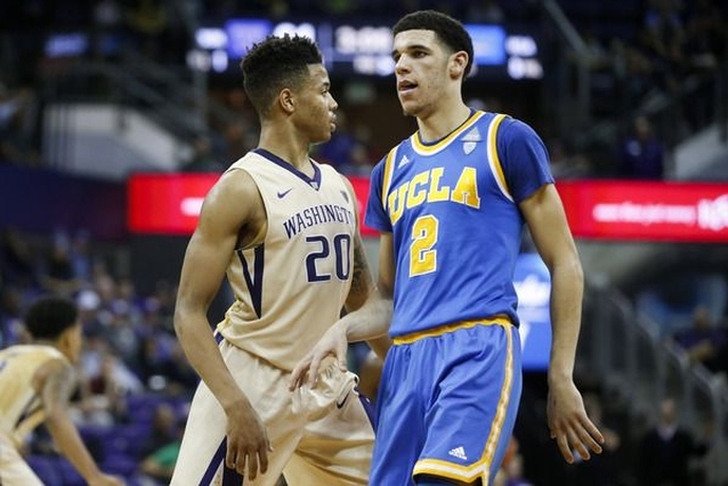 The Los Angeles Lakers are hoping to use their first round pick to find a franchise centerpiece and another core player, but a late-season win streak has put them in jeopardy of potentially losing that selection. Their first round pick will go to the Philadelphia 76ers if it falls outside the top three, and they're projected to have the No. 3 overall pick. The lottery may change that, but for now, let's assume they at least lock in a top-three pick. Who will they take? Here are the three players they are most likely to target: 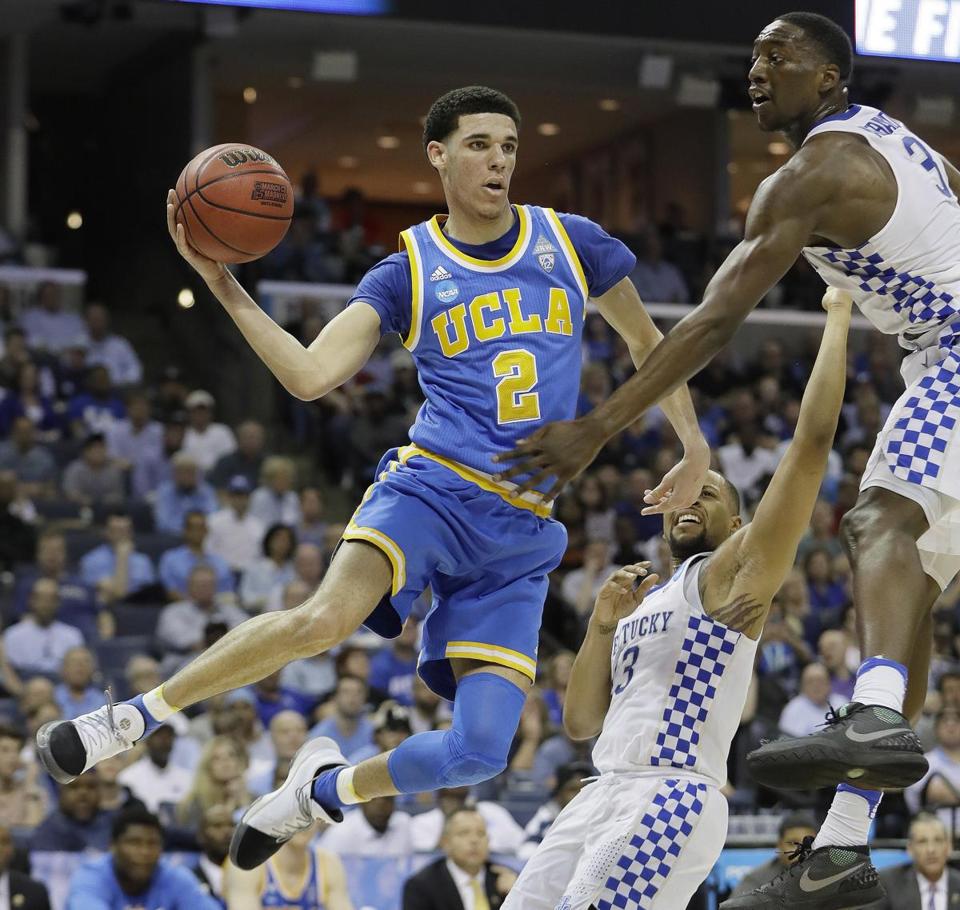 This seems to be way things are trending in LA. Ball became one of the best players in the entire country in his lone season at UCLA, turning a team that went 15-17 last year to 31-5 this year. At 6-foot-6, he can play either guard position, and while he's at his best with the ball in hands, he doesn't need it to make a huge impact on the game. His vision and up-tempo style would make him a perfect fit in head coach Luke Walton's system.

Yes, the Lakers already have D'Angelo Russell running the point, but Ball can either play alongside him or replace him. After all, Ball is a better prospect (and potentially already a better player) with more upside.

If the Lakers do decide to go with a point guard, they will also give Fultz a very long look. Quite frankly, there is nothing on the court that he can't do. He is an excellent passer (5.9 apg) and great rebounder for his position (5.7 rpg), but it's his scoring ability (23.2 ppg) that sets him apart. His jumper has vastly improved this year, and it's nearly impossible to keep him out of paint - and when he gets to the rim, you won't be able to keep him from scoring or from getting to the foul line. Fultz isn't always the most focused player defensively, but has the potential to be a lockdown defender when he wants to be.

That is where the problem with Fultz lies - how much does he want it? Washington went just 9-21 despite having him on their roster, and he looked very disinterested at times. It that because he knew he was on a bad team, or is it a larger issue? While we've only mentioned point guards to this point, it is very far from a guarantee that the Lakers will move on from D'Angelo Russell despite this class being loaded at the position. They could very easily decide to keep him, and if they do, Monk will be their guy. They don't have many positional needs after spending their last three lottery picks on their core of Julius Randle, Russell and Brandon Ingram. Monk fits into that group as the shooting guard and gives them another dynamic scorer - most importantly, a shooter who is used to playing at a high tempo - with defensive potential.