3 Lakers Storylines To Watch For In 2016 NBA Free Agency 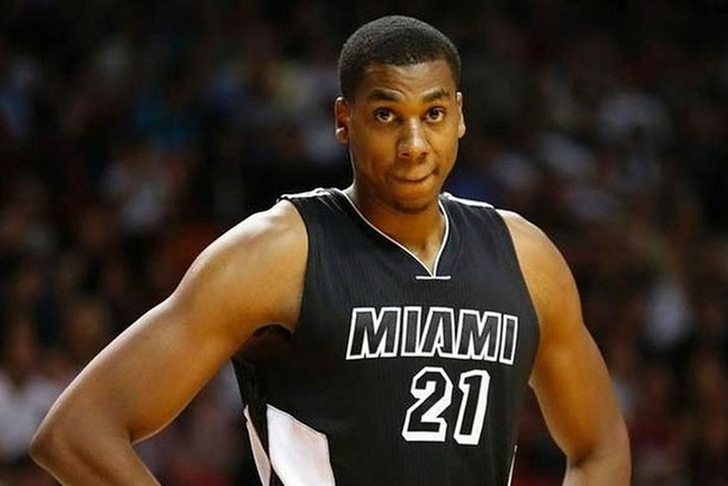 The NBA Offseason is here, and the Los Angeles Lakers have cap space to spend. The Lakers could be players for several of the top free agents this offseason, and have enough room to add two players if they wanted. With that in mind, here are the three biggest Lakers storylines to watch for during the 2016 NBA offseason.

3. What To Do With The RFAs?
The Lakers have four notable restricted free agents this offseason and will need to make decisions on all of them. There's Tarik Black, Marcelo Huertas and Ryan Kelly, all three of whom are solid, but unspectacular players. The Lakers would prefer to keep them as bench options, but if they need the money, they could let them leave. The biggest question is Jordan Clarkson. He's developed into a borderline starting combo guard and a key rotation player at the very least. He still has room to grow and that's why a team like the 76ers could throw a bunch of money at Clarkson. Will the Lakers match and continue to pair him and D'Angelo Russell in the back court?

2. Which Veterans Come To L.A.?
The Lakers are a very young team, and GM Mitch Kupchak has said he'll add veterans. A vet point guard to mentor Russell should be near the top of the list, especially if Huertas leaves. A small forward to provide depth and mentor Brandon Ingram also makes sense. As does a big man, an area where the Lakers are currently lacking depth. It's unclear which players the Lakers have in mind to help provide some veteran leadership, but expect one or two to head to Los Angeles.

1. Who Gets The Max Deal(s)?
If the Lakers want, they have the cap space to offer two max contracts. Whether or not the Lakers sign two players to that type of deal is unclear. While Kevin Durant is the dream target, it's more of a pipe-dream at this point. The Lakers have a massive hole at center and will likely pursue Al Horford and Hassan Whiteside. If the Lakers miss out on one or both, they might have to settle for Festus Ezeli on a non-max deal to hold down the position. DeMar DeRozan isn't likely to head back home, but the Lakers could make a run at a player like Bradley Beal or Al Jefferson. If the Lakers can't get Horford or Whiteside, they might not give out a max deal this offseason.