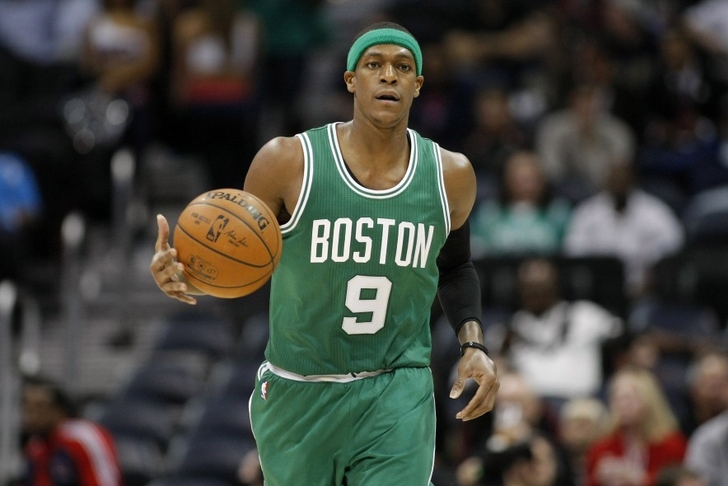 The Los Angeles Lakers have struggled this season with injuries to veteran point guard Steve Nash and rookie forward Julius Randle, and are expected to find themselves with a high draft pick again this season.

Fans and ownership alike don't want to endure a lengthy rebuild, so they're looking to improve the team through trades. Who are the players they're targeting?

Rondo will be a free agent after the season, and the Celtics seem determined to trade him to make room for rookie Marcus Smart. Los Angeles is in desperate need of a point guard, and are looking for someone with the star power Rondo has. Him and Kobe Bryant had breakfast together when the Celtics played the Lakers in LA, and they have said they'd like to play to together. If the Lakers are willing to give up some future draft picks, this is a very real possibility.

Williams is the backup option if the Lakers strikeout on Rondo. Brooklyn is in the process of overhauling their high-priced roster, and are looking to trade Williams (among others) for younger, cheaper players. He's a former All-Star, but he's dealt with a variety of injuries that have severely hampered his play. Williams has looked more like this old self this year since he's healthy, and would be a definite upgrade to the Lakers' roster. Again, Los Angeles will likely have to give up a draft pick or two to make this happen. This seems like the easiest scenario for the Lakers if they were to make a move. Charlotte is desperate to get rid of Stephenson, and they're not looking for a lot in return. He's really struggled this season (10.3 ppg, 7.0 rpg, 4.9 apg), but is great defensively - something LA desperately needs an upgrade in. Kobe Bryant might be able to corral Stephenson's reportedly cancerous personality and get the best out of him, which would make this a total steal for the Lakers.

Who do you think the Lakers should make a move for? Leave a response in the comments!