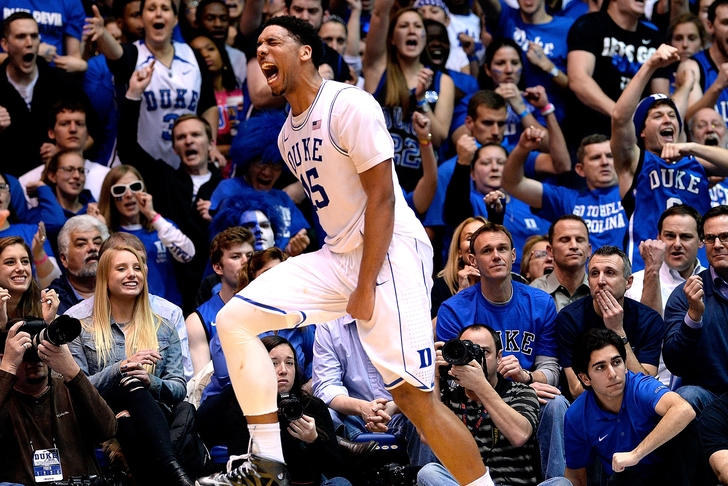 The Los Angeles Lakers finished with the fourth worst record in the NBA, yet they were able to grab the No. 2 overall pick in the draft in the lottery. That gives the Lakers a plethora of options to quicken their rebuilding process. Here are players they’re targeting in the draft:

Okafor has a fully developed post game, quick feet, soft hands, and runs the floor well. He has also developed into a solid defender at Duke, and he seems destined to be the next great prototypical NBA big man. Reports have the Minnesota Timberwolves taking Kentucky center Karl-Anthony Towns with the No. 1 pick, and the Lakers are "locked in" on drafting Okafor.

Mudiay would have been leading the SMU Mustangs for Larry Brown this season, but decided to play in China for a year instead. He’s displayed his all-around game against full grown men, something the top prospects on this list can’t say. His size and athletic ability have scouts thinking he could be a taller, smarter Russell Westbrook…would that be of interest to you? Winslow is great at attacking the rim, and displayed excellent defense and an improved jump shot that had scouts drooling. His elite strength and athleticism gives him the versatility to play several different positions, and the Lakers desperately need help on the wing outside of Kobe Bryant. No. 2 may seem like a reach for Winslow (they’d only go this direction if they found a injury issue with either Towns or Okafor and didn’t like both Mudiay and D’Angelo Russell), but his complete all-around game, aggressiveness, and winners mentality would all be welcomed in Los Angeles.

Lakers News: 3 Players Los Angeles Should Avoid In The NBA Draft Are…