2014 NBA Draft: Why Julius Randle and Aaron Gordon are the logical prospects for the Lakers 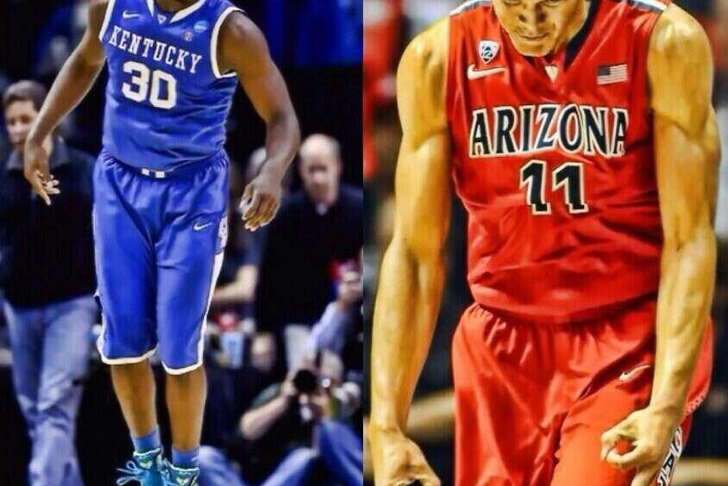 When NBA Commissioner Adam Silver steps up to the podium on June 26 in Brooklyn, New York to announce the first round picks of the 2014 NBA Draft, there will be a plethora of potential stars awaiting their fate. From Kansas prodigy Andrew Wiggins to Duke's Jabari Parker, this year's draft class presents a level of talent that will likely change the makeup of the league in coming years and it's sure to bring excitement to all NBA fans.

For those fortunate enough to have a draw in this year's lottery, next week will mark a time of significant change in their respective organization.

After a dreadful season, the Lakers (27-55) were awarded the seventh overall pick in the upcoming draft. Despite having a 6.4 percent chance of obtaining the first overall pick, the Lakers were instead stuck with what now looks to be an awkward pick.

Not because there won't be enough talented prospects to choose from, but because they lost any chance of drafting Wiggins, Parker or Joel Embiid, all of whom have potential to be future franchise players. For the Lakers, this draft will be about picking the next best player, not taking a chance on an uncertain prospect.

These players will likely include Kentucky's Julius Randle and Arizona's Aaron Gordon.

In a recent mock draft conducted by the CBS Sports Draft Machine, the Lakers were projected to draft Gordon with Randle (Boston) and Indiana's Noah Vonleh (Utah) preceding him. While this mock draft, along with countless others, only offer a guess at best, they do provide a general base to work off of. Based off these mock drafts, the Lakers will have a shot at both Randle and Gordon and it would be foolish to stray away from them.

Rumors have indicated the Laker's interest in Vonleh, but in comparison to the what the basketball world saw from Randle and Gordon at the college level, there should be no further discussion.

Also, in regards to Oklahoma State's Marcus Smart, the Lakers have expressed interest following his recent workout with the team. According to ESPN's Dave McMenamin, the Lakers said Smart's "tenacity was off the charts." While Randle and Gordon would still be the better fit for the Lakers, Smart could end up in their lap based off the projected range of prospects circling the top 10 picks.

Heading into a draft, teams -- depending on their draft order situation -- key on a handful of players at most, likely marking them in tiers.

For the Lakers, Randle and Gordon will undoubtedly be at the top. At their current position in the draft, these two players are the best options available and they are among the few players aside from Wiggins, Parker and Embiid that can make an immediate impact in a starting role.

With recent reports indicating potential issues with Randle's broken right foot, there was a concern for the big man's health. However, Randle has quickly dissolved the rumors with a recent visit with who he called the "best foot doctor in the country," indicating that the doctor "wouldn't change anything with his foot."

Having said that, the Lakers may have the opportunity to swoop him if other teams decide to ignore his recent claims regarding his health.

What they bring to the table

Randle was labeled the second coming of Zach Randolph that could also jump, and it was for good reason. In addition to his tenacious rebounding, the left-handed big man was among the most versatile prospects in this year's draft class. When it boils down to post presence and upside, look no further than Randle.

Randle's mixture of skill and athleticism is something every team has kept an eye on throughout the year and his potential appears to be endless barring injury. For a Laker team that is looking to replace Pau Gasol in the long-run, Randle may just be the immediate answer to their prayers.

Raw is the best way to describe the athletic freak that is Gordon. For a big man that is still developing his skill set, Gordon may just be the 2014 equivalent to Blake Griffin, who has shown drastic improvement on a yearly basis.

For Gordon, the jump to the NBA will be one that requires patience and development, but the talent and physique is definitely there. At Arizona, Gordon showed glimpses of his athletic gift and he expects his game to smoothly transition to the next level. Fundamentals and dismal free-throw shooting may be associated with Gordon, but so are highlight reels and post defense.

He may have jumped the gun in regards to entering the draft, but he's as talented a big man the league has seen in recent memory.

What the Lakers should do

The bottom line is that if Randle or Gordon are available, the Lakers should take them. Both recently worked out for the Lakers and openly shared their interest in playing for the purple and gold. Of course every player is going to be polite and respectful on camera, but it helps that both grew up Laker  and Kobe Bryant admirers.

As the Lakers head into this year's draft with optimism, their short list of prospects should remain straightforward. The draft is a time when many teams take a chance on unknown/unproven prospects and while some have paid off, the Lakers aren't in a position to afford anymore disappointments.

Realistic or not, the Lakers are looking to win now and it's going to start with the upcoming draft. From their perspective, it should be Randle/Gordon or bust.

Follow @HayDaykim and @ChatSports for all of your sports related news