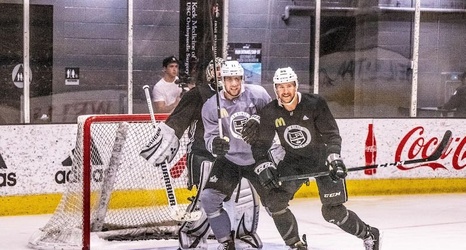 EL SEGUNDO, CA — It is certainly no secret that a major factor in the Los Angeles Kings being 29th in the 31-team National Hockey League’s overall standings, besides the fact that they are in the midst of rebuilding their roster, is because they are the worst team in the league on the road (2-12-1).

The Kings have not won a road game since a 3-2 victory on October 22 at Winnipeg. Their other road win was in their season opener, a 4-3 overtime victory at Calgary on October 8.