Which LA Kings players benefit the most from the Carter trade? 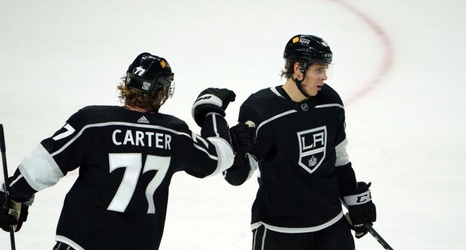 The first real trade deadline domino has fallen for the LA Kings with the trade of Jeff Carter. Who will benefit the most?

The purge of the LA Kings championship teams continued Sunday night with the trade of Jeff Carter to the Pittsburgh Penguins in return for two conditional draft picks. The 36-year-old had eight goals and eleven assists in forty games for the Kings so far this season, spending most of his time on the wing. The Kings will be retaining half of Carter’s salary ($2.