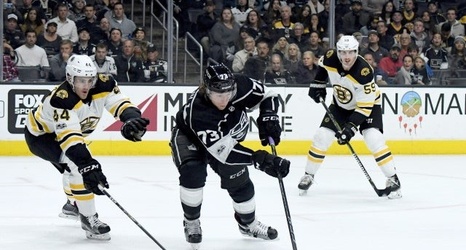 Dennis Bernstein: Kings had Mark Osborne at the game. He’s the Kings eastern scout and is in Boston, so not unusual.

The Bruins may not need much help at the moment, but there will be connections to Tyler Toffoli.