LA Kings: Tobias Bjornfot gives up No. 33 for Viktor Arvidsson 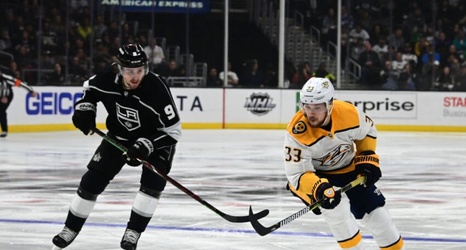 Viktor Arvidsson is still getting adjusted to life as an LA King after last week’s trade, but the team’s doing what it can to help him feel at home.

New LA Kings winger Viktor Arvidsson will take the ice in unfamiliar colors next season after being traded last week by the Nashville Predators, the team he’d spend his entire NHL career thus far with.

But, while there will be a lot of new things for Arvidsson to adjust to, he’ll at least get to do it while wearing his familiar No.