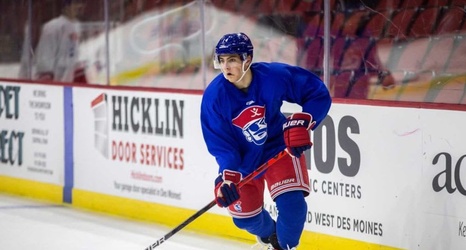 LA Kings 2020 third-round pick Alex Laferriere had one of the strangest games that I’ve seen. In Des Moines’ 4-1 loss to Sioux City on Friday, the 19-year-old forward scored his 22nd goal of the season at the 17:39 mark of the second period. Prior to that, he was sent to the box at the 15:04 mark of the first period for holding and received a ten-minute misconduct penalty as the first period expired.

Before he scored the goal, Laferriere was called for roughing at the 15:11 mark of the middle frame, so he had 14 minutes in penalties, all before scoring Des Moines’ only goal of the evening.