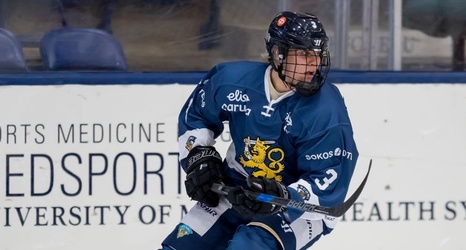 Since returning from injury, LA Kings prospect Kim Nousiainen has been on a tear, tallying four points in four games last week.

The middle rounds of the NHL Draft seem to be a sweet spot for LA Kings Director of Amateur Scouting Mark Yannetti. Mikey Anderson, Jordan Spence, Aidan Dudas, and Austin Wagner were all fourth-round picks in recent drafts. Anderson is giving the Kings good minutes as a rookie on the team’s top pairing with Drew Doughty, and Austin Wagner scored on a breakaway on Saturday.