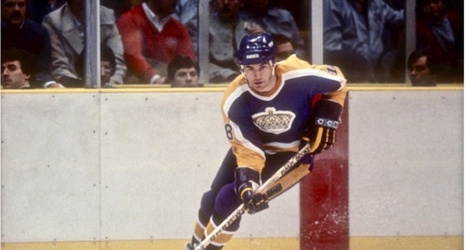 LOS ANGELES — When he was selected by the Los Angeles Kings in the 15th round (210th overall) of the 1975 National Hockey League Entry Draft, right wing Dave Taylor was not a player anyone thought would become one of the great players to have ever worn a Kings jersey, let alone play in 1,111 career regular season games for them. But in addition to knowing how to play the game, he knew what hard work was and he epitomized that with the Kings—it played a major role in his advancement and success.