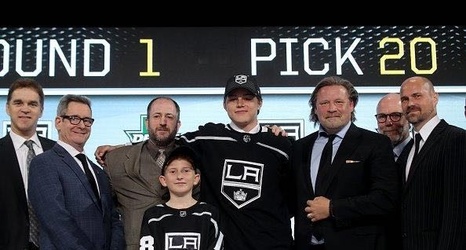 LOS ANGELES — As the Los Angeles Kings concluded their 2021 Development Camp on August 27, their young prospects faced-off in a scrimmage.

After a full season with the Ontario Reign of the American Hockey League last year, along with a seven-game stint with the Kings last season when he scored his first NHL goal, center prospect Rasmus Kupari, one of the “older” players in camp, spoke briefly with the local media following the scrimmage.

“It was a good camp,” he said. “I got to know the new guys and work on some things that we need to learn, as forwards.