LA Kings Contingent Preparing for Medal Round at Worlds 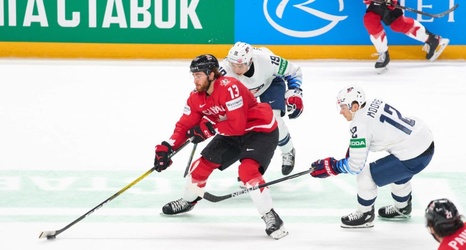 RIGA, LATVIA - MAY 23: Gabriel Vilardi #13 of Canada competes for the puck against Trevor Moore #12 and Jason Robertson #19 of the United States during the 2021 IIHF Ice Hockey World Championship group stage game between Canada and the United States at Arena Riga on May 23, 2021 in Riga, Latvia. The United States defeated Canada 5-1. (Photo by EyesWideOpen/Getty Images)

With the preliminary portion now complete, the final eight teams, which includes some LA Kings, prepare for the knockout stage at the World Championship.

On a rare off-day at the 2021 World Championship, we take some time to reflect on the preliminary portion of the tournament.