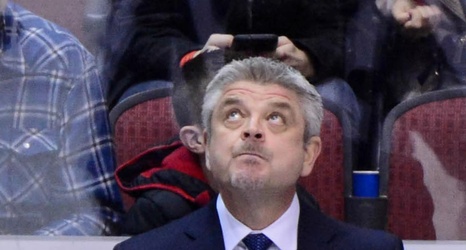 Todd McLellan as the Los Angeles Kings new coach is fine. It’s just not right. With his career record of 434-282-90 in 806 regular season games and seven playoff berths, McLellan is by no means a terrible coach. He’s fine. And it could always be worse! Alain Vigneault ended up in Philadelphia, Michel Therrien is still looking for a job, and Mike Yeo was also summarily dismissed from his job earlier this season (after the Kings beat the St. Louis Blues 2-0). Compared to those guys, McLellan looks like a Jack Adams candidate.

See full article at Jewels From The Crown