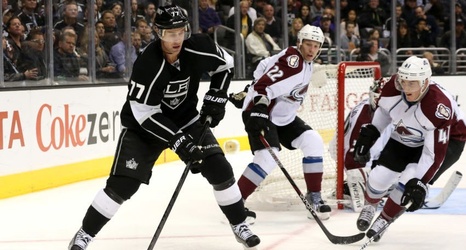 According to TSN’s Bob McKenzie, the LA Kings have traded Jeff Carter to the Pittsburgh Penguins. Here’s what the Kings are getting.

Minutes after TSN’s Bob McKenzie reported the LA Kings and Penguins were working on a deal to send Jeff Carter to Pittsburgh, he followed that up with this bombshell.

LAK will be retaining salary on Carter and receiving a couple of conditional draft picks from PIT.