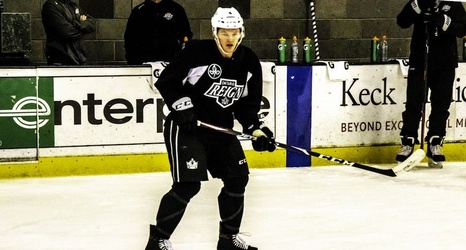 EL SEGUNDO, CA — He may not be the flashiest player in the world. Nevertheless, Mikey Anderson, a fresh-faced, young defenseman prospect, made a strong impression in his first training camp with the Los Angeles Kings last Fall, and he has continued to impress with the Ontario Reign of the American Hockey League.

The 20-year-old, 5-11, 200-pound native of Roseville, Minnesota has scored two goals and has contributed ten assists for 12 points, with a -14 plus/minus rating and 14 penalty minutes in 45 games this season.