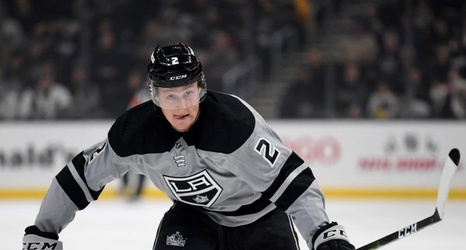 After failing to latch on in a permanent role with the LA Kings, Paul LaDue is confident he can play in the NHL with the Washington Capitals.

There wasn’t a time too long ago that Paul LaDue was considered a top prospect within the LA Kings’ organization. Despite being taken in the sixth round of the 2012 NHL Draft, the former University of North Dakota standout was believed to be a critical piece of the team’s future at the blueline.

Now, he’s looking to latch on with the Washington Capitals after signing a one-year deal worth $700,000.