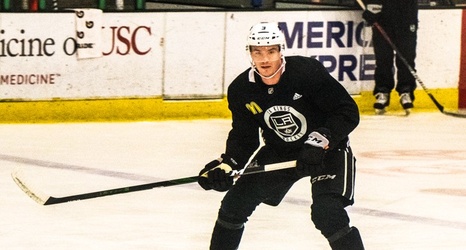 EL SEGUNDO, CA — It wasn’t all that long ago that Los Angeles Kings defenseman Matt Roy was a virtual unknown, unless you followed college hockey very, very closely.

Indeed, the 25-year-old, 6-1, 200-pound native of Detroit, Michigan, who was selected by the Kings in the seventh round (194th overall) of the 2015 National Hockey League Draft, played three seasons at Michigan Tech in the Western Collegiate Hockey Association before moving up to the American Hockey League with the Ontario Reign late in the 2016-17 season.