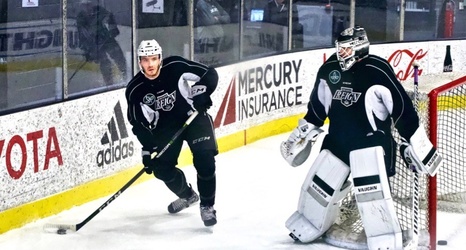 EL SEGUNDO AND LOS ANGELES, CA — This past weekend has been quite the whirlwind for Los Angeles Kings defenseman prospect Matt Roy.

Roy’s world would change quite suddenly after the game, when he learned that he would be called up to the Kings.