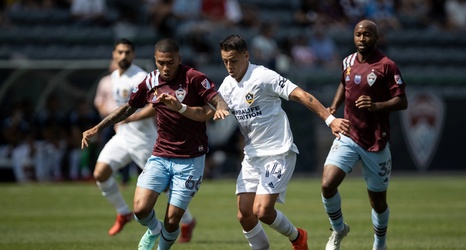 The LA Galaxy came into this match with an extra week of recovery time, and a returning Chicharito, looking to upset the second place Colorado Rapids. While they didn't get the win, they were able to split the points, and come away with the 1-1 draw on Saturday at Dick’s Sporting Goods Park, against a team who remain unbeaten through eight.

The Rapids came out aggressive, immediately putting the pressure on the Galaxy. The few early chances they did have were either off target, or saved. While they took a few haymakers early on, the Galaxy were able to settle in and put together some great looks of their own.