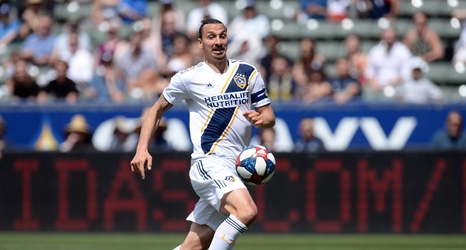 Just in time for the Friday Afternoon News Dump.

After a week of speculation, multiple sources have confirmed LA Galaxy forward Zlatan Ibrahimovic has been suspended two matches by the league disciplinary committee for a contentious incident during the dying embers of the May 12th loss to NYCFC. As a result the big Swede will miss Sunday’s important matchup vs. the Rapids and next weekend’s cross-country tilt at Orlando City.

During the 87th minute, Ibra was bumped from behind by Sean Johnson and responded by grabbing the neck of the goalkeeper, who reacted as if he’d been shot as the two crumpled to the turf.