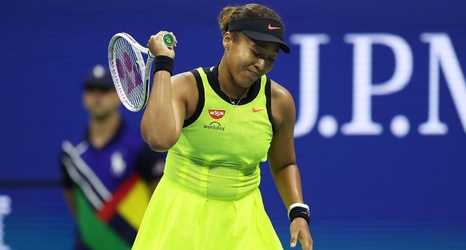 NEW YORK -- Naomi Osaka smacked her racket against Arthur Ashe Stadium's court. Moments later, she chucked her equipment, sending it bouncing and skidding halfway to the net. Then came a full-on spike near the baseline.

Osaka's game was off. Her composure was gone. By the end, the crowd was booing her for taking too much time between points, turning her back to the court.

Soon enough, Osaka's title defense at the US Open was over in the third round with a 5-7, 6-7 (2), 6-4 loss Friday night to Leylah Fernandez, an 18-year-old from Canada who is ranked 73rd and never had been this far in Grand Slam competition.