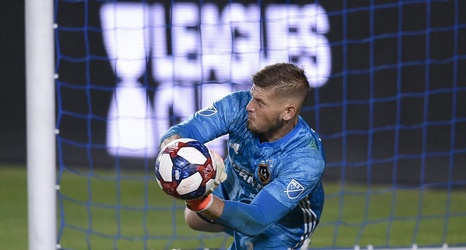 You know you’re in good company when paired with A.J. DeLaGarza.

The one-time defender was named the Humanitarian of the Year in 2014, and now LA Galaxy goalkeeper Matt Lampson is the recipient of the award for the second year running and third time overall in his career. (If you take a look at the clip, it’s not hard to figure out why)

Lampson, who was diagnosed with Hodgkin’s Lymphoma at the age of 17, started the non-profit back in 2013. Since, he’s carried its efforts through stops with the Columbus Crew, Chicago Fire, Minnesota United and now the Galaxy.