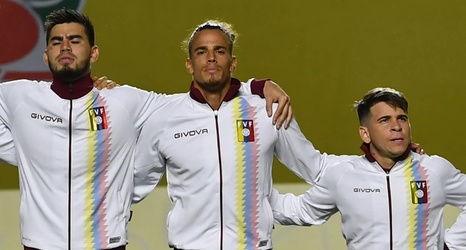 LA Galaxy defender Rolf Feltscher started for Venezuela in Friday’s South American World Cup qualifier against Brazil in São Paulo, but an injury forced him out just 18 minutes in.

Brazil eventually won 1-0 with a Roberto Firmino goal, but Feltscher has already been ruled out for Venezuela’s next qualifier, Tuesday at home against Chile. The specific diagnosis is unclear at this stage, but hopefully it is not serious.

Elsewhere, Galaxy players did not feature for their countries. Giancarlo Gonzalez was an unused substitute in Costa Rica’s 1-1 friendly draw against 2022 World Cup host Qatar on Friday in Austria, while Jonathan dos Santos was unsurprisingly ruled out ahead of Mexico’s 3-2 friendly win over South Korea on Saturday, also in Austria.