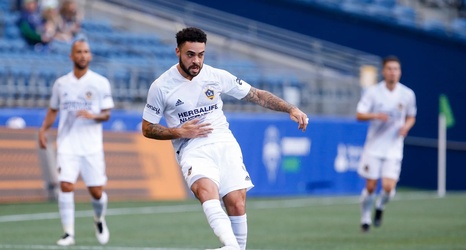 MLS announced the looming suspension of LA Galaxy defender Derrick Williams on Friday, with the player set to be banned an additional five games of the MLS regular season.

Williams received a straight red card just before halftime of the Galaxy’s 3-0 loss to the Portland Timbers on May 22 following his horror tackle on Timbers winger Andy Polo. The foul looked bad live, on replay and Polo ended up requiring season-ending surgery for injuries sustained to both his knee and quad, something that is pretty unusual in this sport.

It should be noted that Williams did not appear to try and hurt Polo, and he did not contest the red card in the moment, and LA head coach Greg Vanney agreed that the tackle was too harsh and deserved the red card.