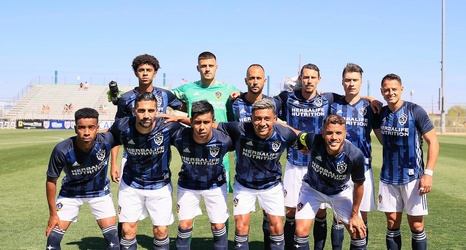 The LA Galaxy finished their trip to Tucson, Arizona with a final preseason game and a victory on Saturday, beating Real Salt Lake 1-0.

The first half looked strong for LA, while the second was more shaggy as the players are still working on their fitness and collective chemistry. But with something approaching a top lineup, this was their last chance to face another team before the games count.

Greg Vanney played a very strong lineup, likely something pretty close to what the Galaxy will use in the season opener next Sunday.

Watch the match live on https://t.