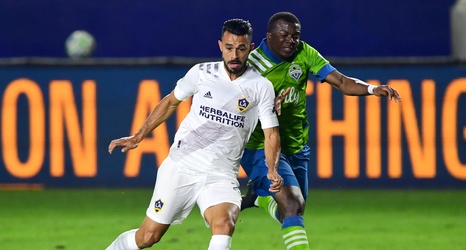 The LA Galaxy announced on Friday they have loaned defender Giancarlo Gonzalez to Costa Rican outfit Alajuelense, in a move widely expected, for the rest of the year.

Gonzalez had been linked with a move back to his native country, and as it appears the Galaxy couldn’t get a club there to pay a transfer fee with the player out of contract at the end of the year, a loan it was. And considering the veteran has not played a minute this season, even as the Galaxy under new head coach Greg Vanney have been casting about for warm bodies to fill in competently in central defense at times, and he still didn’t feature, the writing was on the wall.