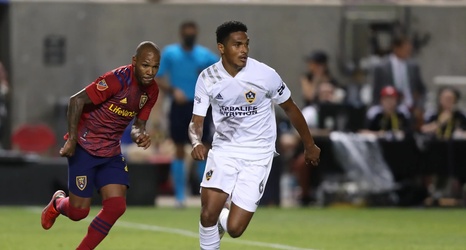 After a tough loss on Saturday to the Vancouver Whitecaps, the LA Galaxy continued to look lethargic to start the game against Real Salt Lake on Wednesday. They didn’t get out of their own defensive half, and gave up the ball repeatedly in the midfield. Kévin Cabral may as well have put a lawn chair down at midfield. The Galaxy were particularly vulnerable down the left with Villafaña being beat, Dunbar not playing much defense, and Raveloson being slow to make up ground.

The only player that had a decent first half was Grandsir, who represented the entirety of the LA offense.