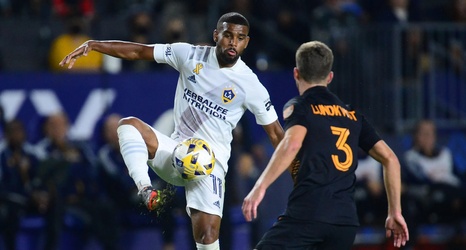 The LA Galaxy played at home, yet looked like the more tired of the two teams in this match in Wednesday’s 1-1 draw. As the announcers mentioned, lots of standing around from Galaxy players. Their movement was slow, in particular in transition, with lots of slowing down to play the ball ponderously through the middle. After the international break, this was surprising to see — the dog days of summer…until the last 10 minutes.

The first half saw many a turnover from the home side, in particular from Alvarez who was yanked after 45 minutes. It also saw the centerbacks beat once again by a through ball (and some lackadaisical defending from Raveloson who has come down to earth after an electric start).