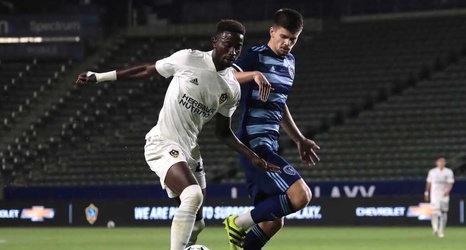 LA Galaxy II dropped their second game of the 2021 season on Sunday, when they fell victim to a last-minute Oakland Roots game-winner to lose 3-2 at Dignity Health Sports Park.

It was Oakland’s second-ever game in the USL Championship, and whether they were really up for it or the double-game week left Los Dos feeling fatigued, the home side took the lead twice but could not hold on and eventually dropped all three points by the final whistle.

Junior Gonzalez made several changes to his XI for Los Dos, with Eric Lopez getting the start in goal, Isaac Bawa starting his first game of the season in central defense, and Axel Picazo and Augustine Williams returned for starts as well.