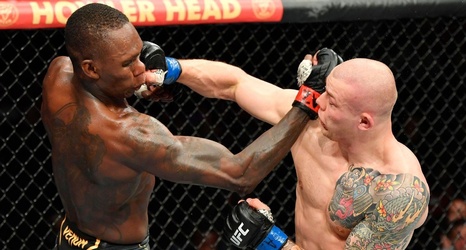 Israel Adesanya retained his UFC middleweight title with a unanimous-decision victory over Marvin Vettori in Saturday's main event of UFC 263 in Glendale, Arizona.

All three judges scored the bout 50-45 for Adesanya.

The fight was a rematch of a 2018 split-decision win for Adesanya, which was one of the most difficult fights in his run to the belt.

ESPN has Adesanya ranked No. 3 on its pound-for-pound men's MMA fighter list. At middleweight, Adesanya is ranked No. 1; Vettori is No. 6.

Adesanya (21-1), 31, made the third successful defense of his middleweight title.