How to Watch Racing Louisville vs. San Diego Wave FC 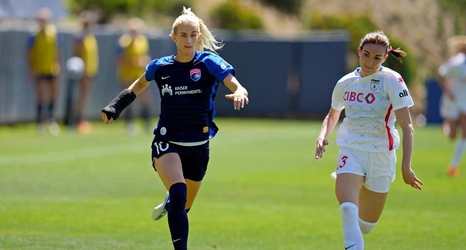 Flying high through three games of their inaugural NWSL regular season, San Diego Wave FC put their perfect record to the test once more on Wednesday, when they face Racing Louisville for the first time, at Lynn Family Stadium in Louisville, Kentucky.

San Diego won again at the weekend, a 2-1 nailbiter against a shorthanded but defensively pretty stout Chicago Red Stars team at Torero Stadium. When Kaleigh Riehl scored on the stroke of stoppage time, it looked like an insurance tally to carry Wave FC to the win, but Chicago scored immediately after and it was a bit wild to end the game.