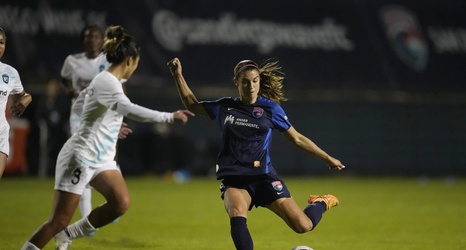 After winning their first-ever game in the regular season against the Houston Dash, the San Diego Wave tried to follow that victory by winning at home. And they managed to do it in the most spectacular fashion, defeating the visitors 4-0 on Saturday at Torero Stadium. Though it was Gotham FC who got the ball rolling (literally) and who had the first shot of the match, it did not take long for the Wave to impose their game on their opponents.

Alex Morgan was truly the team’s standout star of the night, scoring all four goals for the Wave.