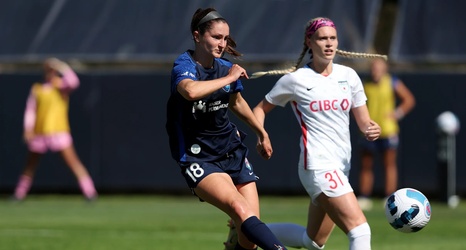 San Diego Wave FC are atop the NWSL standings! Sure, only six of the 12 teams have played three games, San Diego included, and one team has only played one regular season game so far. So what? Do you hate fun?

Sunday’s 2-1 win over the Chicago Red Stars came somewhere in between the grinding smash-and-grab of their season opener in Houston and the late goal explosion over Gotham FC in the second game. For more specific observations from the latest victory, check this out:

Kaleigh Riehl was not exactly a forgotten figure around Wave FC, but she’s never been the first player to come to mind on Casey Stoney’s squad.