Yasiel Puig is benched again by Dodgers for lack of productivity 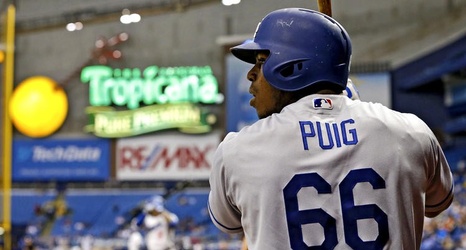 The Dodgers had high hopes for Yasiel Puig this season. They made no significant improvements to their offensive personnel last winter, in part because they believed that a healthy Puig would be a resurgent Puig.

On Sunday, for the second time in seven games, the Dodgers benched him.