Would Dodgers give up Lux instead of Seager for Lindor? 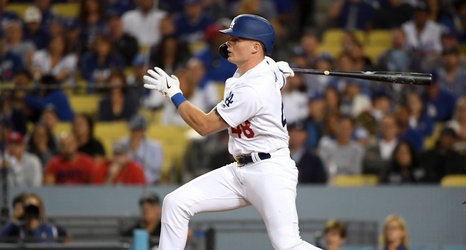 Yesterday on Sportsnet LA, David Vassegh of AM 570 brought up the rumors surrounding the Corey Seager-Francisco Lindor trade rumors and attempted to put them to bed, saying that multiple reports he’d heard said that the Cleveland Indians did not want Seager, but instead wanted the Dodgers to give up their prized prospect middle infielder Gavin Lux.

Obviously, any team dealing with the Dodgers would want their best young player in terms of expected future value. He plays second base for LA, but he came up as a shortstop, and if the Indians made that sort of swap, they’d be betting on the future of their team with a core of starting pitchers led by Shane Bieber and Mike Clevinger, both of whom will be under team control for longer than Lindor, Kluber, or the rest of the aging core.