Whatever Happened to Yadier Alvarez? 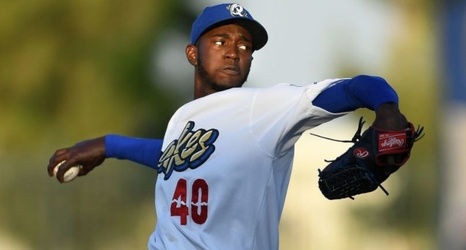 Once a household name on the prospect circuit, Yadier Alvarez is lucky to find himself among the Dodgers‘ Top 100 future stars today.

Despite a substandard 4.02 ERA over his career in the minors, things still seemed to be on the up-and-up for the native of Cuba when he was named to the team’s 40-man roster late in 2018. However, it was a series of unexcused absences that landed him on the restricted list just before rosters expanded last season.

Reporters stated that it was behavioral issues that initially got the righty into trouble.